Alter Bridge Will Enter A Recording Studio Next Year!

Alter Bridge guitarist Mark Tremonti was recently a guest of the Audio Ink Radio podcast and said the band is getting together in 2022 to record a new album, “We’re doing new music first [before going back on the road]”!

Tremonti went on to say, “And then me and Myles [Kennedy, Alter Bridge singer] will probably get together on our break in January to go over what we’ve written at that point, and then we’ll go in the studio. We have April scheduled for some studio time. I don’t know if we’ll finish things up in that time or what, but we need to get new music out before we go back on tour. It’s just been too long.”

You may remember that earlier in 2021, Kennedy told the “Lipps Service With Scott Lipps” podcast that they hadn’t starting working on the follow up to their 2019 album “Walk The Sky”, “We are not yet. I think everybody’s kind of hunkered down in their own solo project. I know Mark Tremonti is in that world right now. Obviously, I’ve got [my second solo album coming out]. So I would say we’ll start thinking about that more towards the end of the year, early next year. Speaking for myself as a writer, I need to refill the creative well. Having done the Alter Bridge record, and then the second solo record, I need to get those creative juices built back up again.” 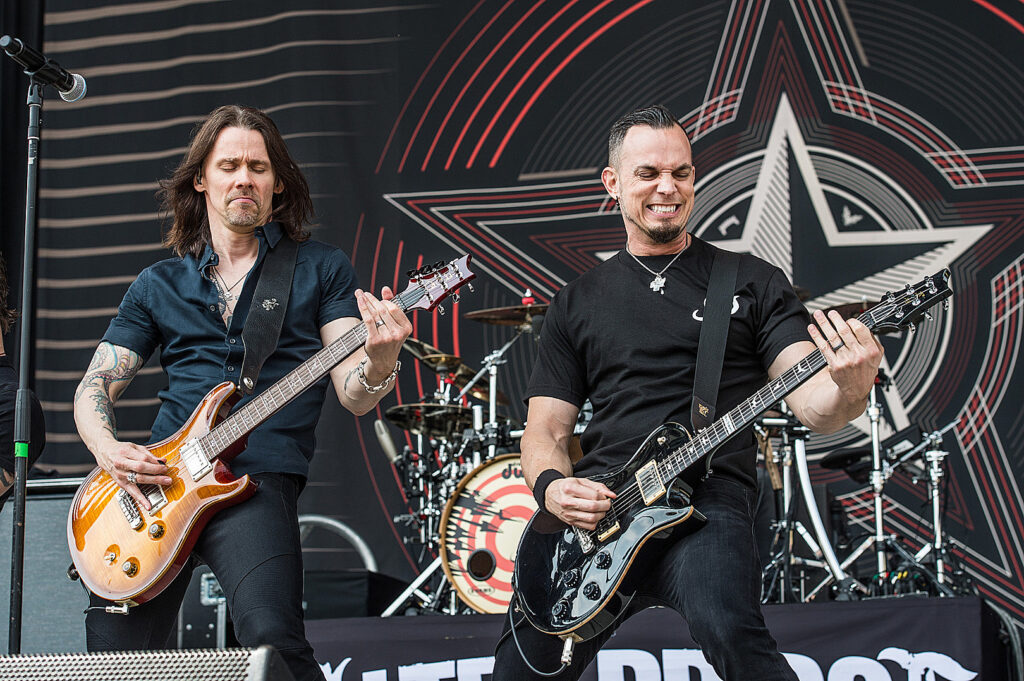 Kennedy released “The Ides Of March”, on May 14 2021 and is working on the new Slash featuring Myles Kennedy and the Conspirators album too.

The boys have been keeping busy during the pandemic!

Which band do you like Kennedy better in, Alter Bridge or Slash?