Alice In Chains’ Jerry Cantrell Is Working On Solo Material!

Alice In Chains guitarist/singer Jerry Cantrell recently did a couple interviews and confirmed that he’s working on a new solo album!

This will be his first solo record in almost 20 YEARS – remember, his last solo album, “Degradation Trip”, was release in 2002. He made that album with (future) Metallica bassist Robert Trujilloand Faith No More drummer Mike Bordin. Awesome lineup!

When Cantrell spoke to Gibson, he told them about his upcoming solo effort, “There’s gonna be some cool things happening this year. I’ve already done a couple of shows in L.A. in December with a great group of friends. My friend helped me put together a really cool group of people, and we did a couple of solo shows. I’ve been in this band, in Alice In Chains, since 1987, so 33 years. And that’s always been my first love and my commitment, but I did have the opportunity to make a couple of solo records, and since we started the band back up, I really didn’t have the opportunity to revisit that.” 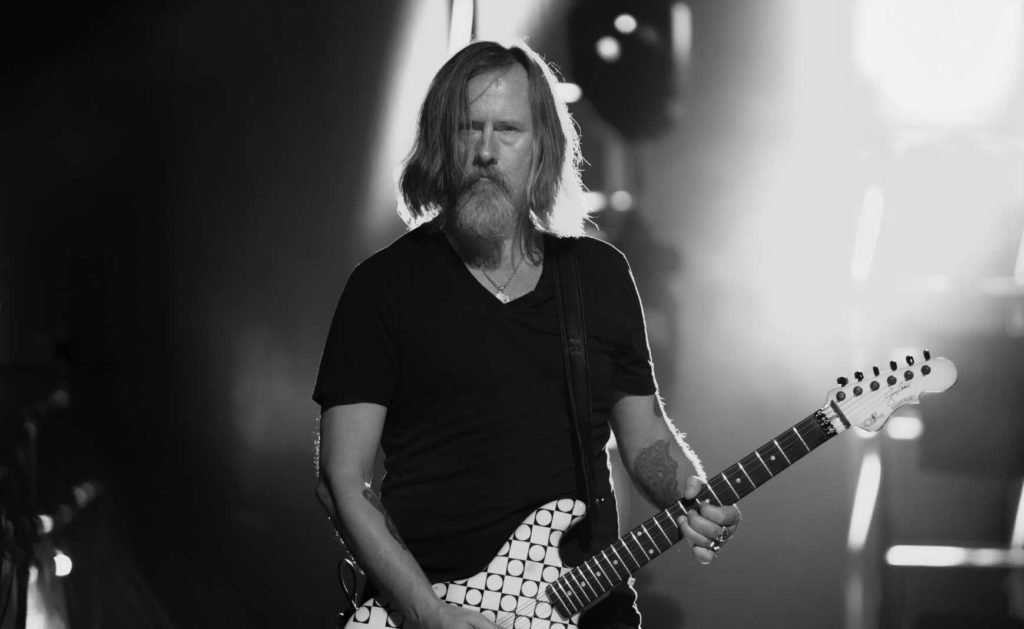 He added, “Alice In Chains just finished touring in September off of ‘Rainier Fog’, and we generally take about a year off when we’re done touring anyway — just give it a rest for a second and then get it reinvigorated and focus on what’s new. So we’re gonna take a year off, so I thought I’d maybe do some shows and I’m working on some music as well. And there’s gonna be some exciting things. I don’t wanna say just yet what’s happening, but I can tell you that there’s gonna be some cool shit happening this year.”

And check out Cantrell talking about his forthcoming new solo album at 2020 MusiCares Person of the Year Red Carpet!

Were you surprised to see just how much Cantrell does with Alice In Chains? Even after Stayley died, their sound hasn’t changed all that much. He’s a beast and I can’t wait to hear what he comes up with! I’m calling 3 or 4 wicked guest appearances.