This livestream will blow your mind. It doesn’t say it on the online poster, but it should. Alice In Chains co-founder / songwriter / guitarist Jerry Cantrell just announced that he’s doing a livestream event, “An Evening With Jerry Cantrell”, presented by Moment House! 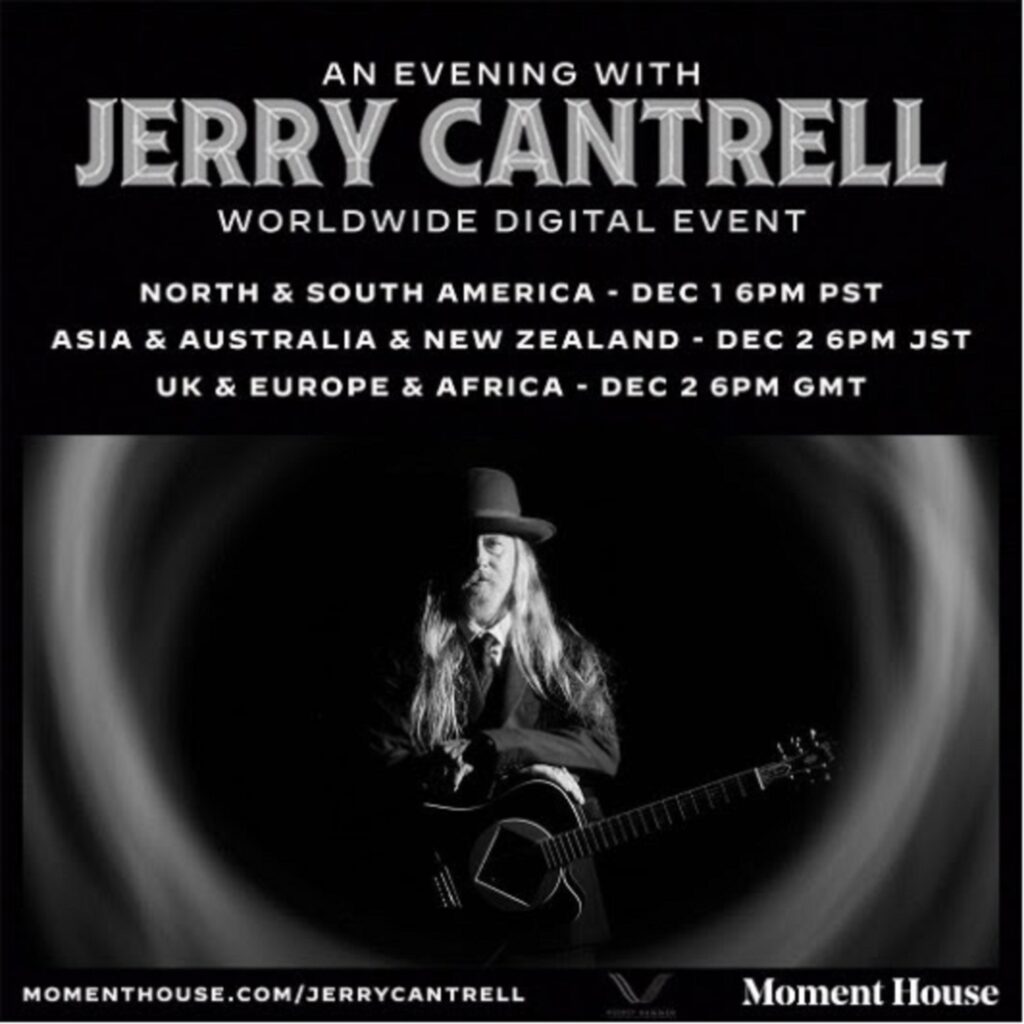 They’re calling the stream an intimate performance recorded in L.A. The sold out show has six songs and is hosted by actor/comedian Jeff Garlin.

Jerry Cantrell’s unmistakable voice is one of the reasons Alice In Chains has remained relevant in today’s music scene. Are they the best Seattle ‘grunge’ band? Hint, the answer is yes. Or Soundgarden. I flip-flop on this.