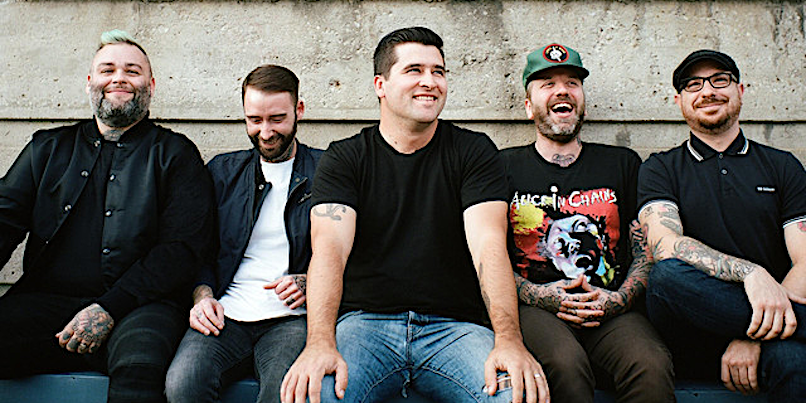 The band is calling the new album their “most cohesive and self-actualized record to date”. They’ve already released the lead single, “Sweet Dreams of Otherness”, and screamer George Pettit said, “This song was largely Dallas’ brainchild but over the course of writing this record it became more of a mission statement for the band. It’s kind of about performance and embracing a newfound confidence in a state of peculiarity.”

The band released this statement:

A continuous thread through the fabric of Alexisonfire is the state of otherness. Otherness drew us all to spaces where a band like this could be formed. We attract the type of individuals that have all felt the sensation of being strange or unique. Perceived or otherwise, otherness has followed us through childhood, adolescence, and into our adult lives. It drives our tastes and proclivities. It bonds us with ourselves and others. And make no mistake, even at our most domestic and mundane moments, we are true outliers.

Pettit added, “As much as we love playing the old songs, we don’t want to be a nostalgia act. The only reason to come back is if we feel we still have something to say. We spent so much time on the road thinking that if we stopped, people would lose interest. But when we went away, it only got bigger. We all carved new paths for ourselves, so coming back to Alexisonfire is a purely enjoyable creative venture. Something special happens when we get in a room together.”

You can pre-order the album here.

Can’t wait to hear what they’ve come up with! 13 years between albums is too long.