Julien’s Auctions is having another massive online auction and this time they’re focused on “Music Icons”! 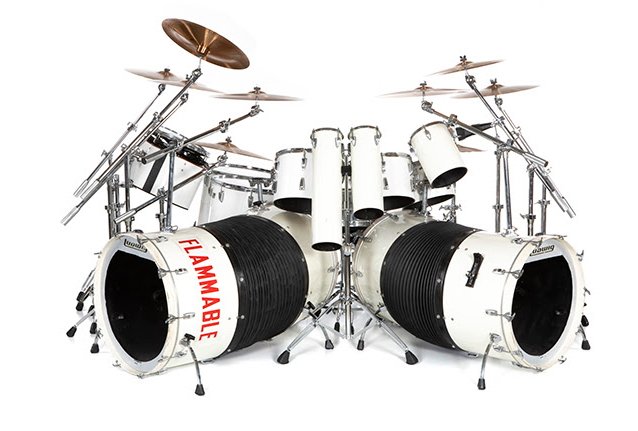 The auction is set for Friday, June 11; Saturday, June 12; and Sunday, June 13 2021 live at Julien’s Auctions in Beverly Hills, California and online at their official website.

Van Halen said of the kit, “This kit from the 1980 Van Halen ‘Invasion’ world tour spent five years on display at the Rock And Roll Hall Of Fame in Cleveland. It’s the only one like it in the world and I’m happy that 100% of the selling price will be going to charity via the Frangioni Foundation and Mr. Holland’s Opus.”

Martin Nolan, executive director of Julien’s Auctions said, “Each year, Julien’s Auctions ups the ante for music fans and collectors in offering the most prized music memorabilia ever to come to auction. From the first auction appearances of Alex Van Halen’s Rock And Hall Of Fame-displayed Ludwig drum kit and Kurt Cobain’s self-portrait drawing to Bob Dylan’s handwritten and annotated lyrics to his 1969 classic ‘Lay Lady Lay’, this collection of fine and rare music collectibles is no exception and is one of our most exciting sales that is sure to make history once again on the auction stage.”

What’s your most prized music memorabilia?