Aerosmith’s ‘Deuces Are Wild’ Vegas Residency Has Made Over $30M!

Billboard has released the numbers (so far) for Aerosmith’s “Deuces Are Wild” Vegas residency. They’ve made more than $31.1 million and sold 151,837 tickets since opening on April 6! And, more dates have been added. 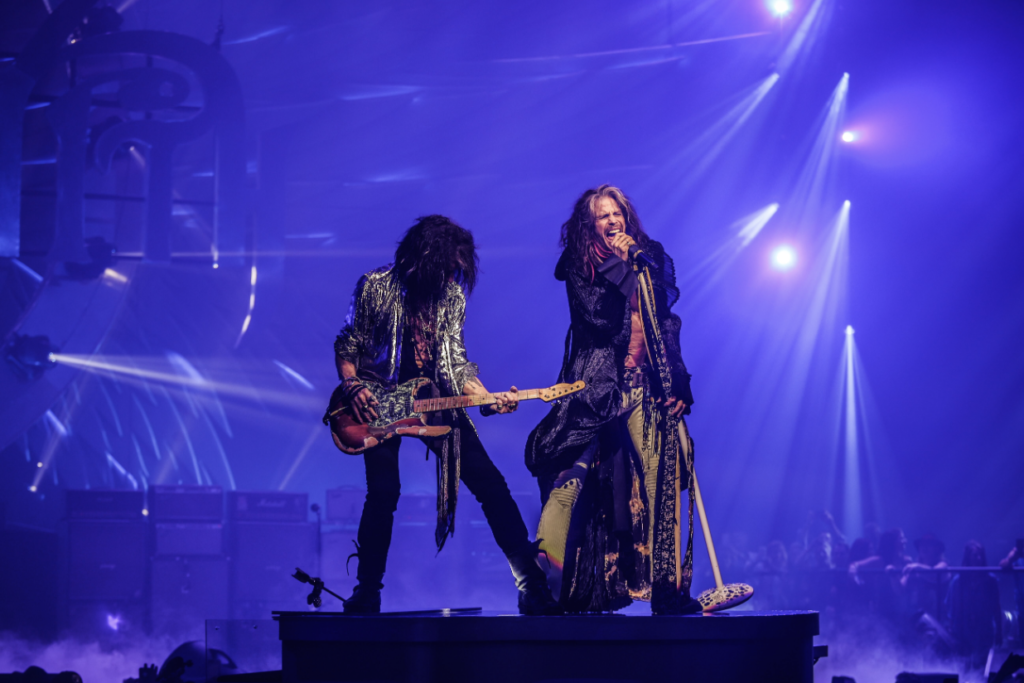 The band has played 24 shows at the Park Theater in Las Vegas. Their residency has averaged $1M per show! “Deuces Are Wild” at Park Theater at Park MGM will return for more shows in January, February, May and June 2020.

Here’s a snippet from one of their residency shows from back in July ’19. For old dudes, they still rock hard!

Aeromsmith are using The Beatles’ archival producer Giles Martin to supervise its sound in Vegas. From the above video, sounds like Martin has the sound dialled in!
You gotta wonder if Aerosmith are thinking about new music – or if it’s all about the live show. They haven’t put out a new studio album since 2012’s “Music From Another Dimension!”