Aerosmith is celebrating their 50th anniversary this year and recently announced the launch of “50 Years Live!: From the Aerosmith Vaults”, their “official bootleg” streaming concert series featuring five deep, archival, and unreleased multi-camera live shows from their personal vaults!

The concert series starts July 29th with a stream of “Live From The Summit, Houston, TX, 1977”, in its entirety for one week, as a gift to the fans. Highlights include: “Back In The Saddle”, “Mama Kin” and “Sweet Emotion”.

The band will stream live concerts for five consecutive weeks at their official website and their YouTube channel.

“Live From The Capital Centre, Landover, MD, 1989” (Premieres August 5). Highlights include: “Walk This Way” and “Rats In The Cellar”, as well as “Rag Doll”, “Dude (Looks Like A Lady)” and “Permanent Vacation”. 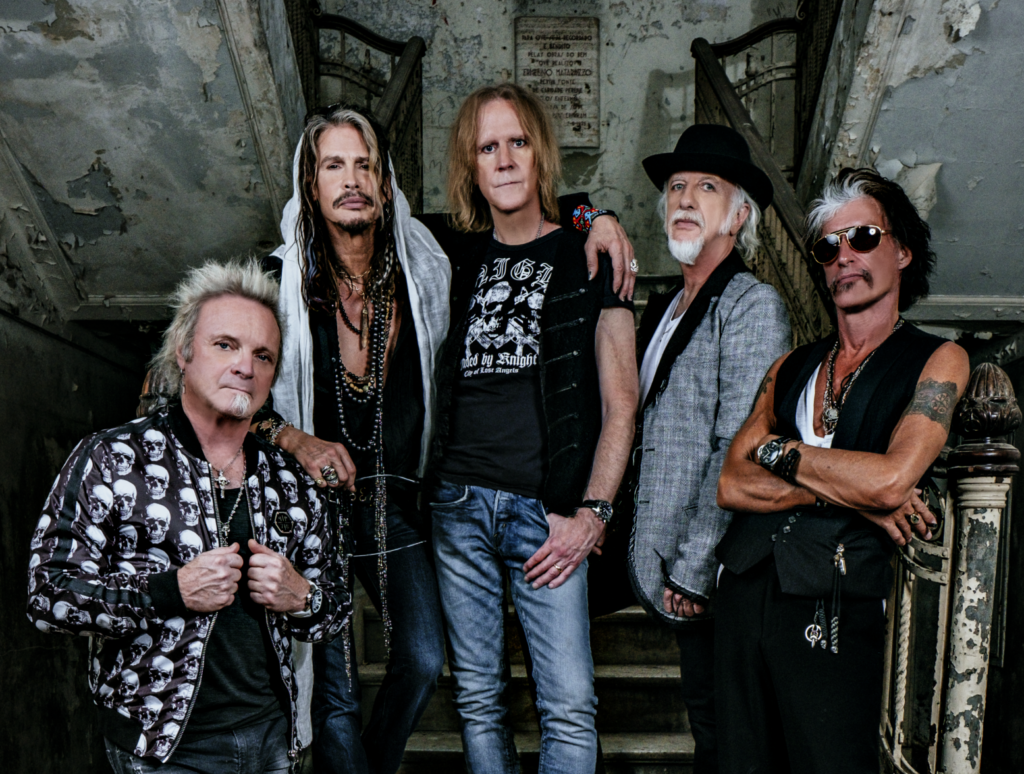 Meanwhile, Aerosmith returns to Las Vegas to celebrate their 50th anniversary with a residency at Park MGM. That starts up September 14 and runs through December 11.

Where do you place the band in the grand rock-scheme? Are they Zeppelin level? The Beatles? The Stones? AC/DC?