Just in time for your holiday downtime. There’s a new rock book to sink your teeth into called “Aerosmith On Tour: 1973-1985” which celebrates the 50th anniversary of the formation of the band – Steven Tyler, Joe Perry, Brad Whitford, Tom Hamilton and Joey Kramer. 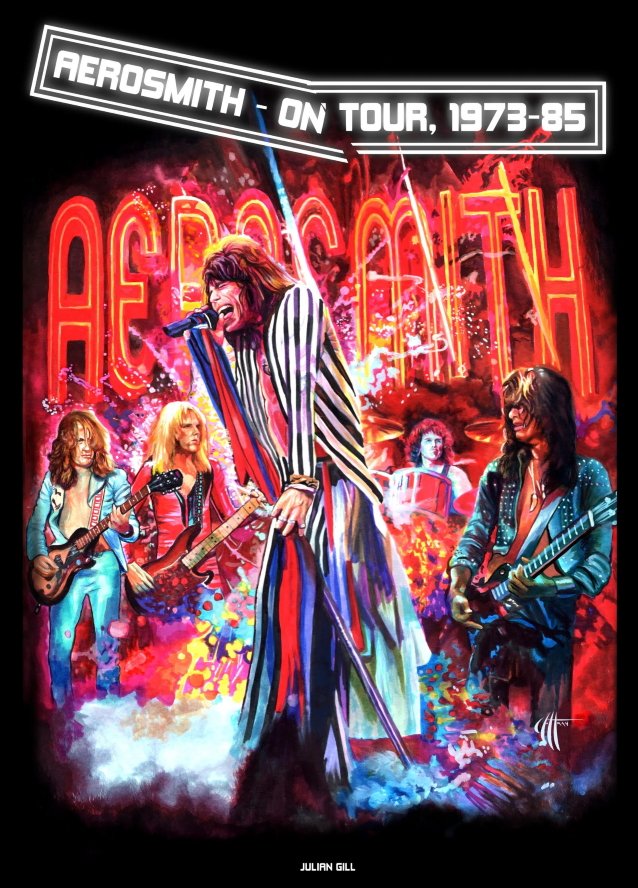 As you would expect, the 612 page book goes back to the band’s humble beginnings; from early gigs in high school auditoriums to stadium tours. The book is written by Julian Gill and includes local reviews, eyewitness reports, press accounts and lots of interviews.

You’ll read about the band’s breakthrough success, releasing albums “Toys In The Attic” and “Rocks” – thee internal turmoil, the substance abuse, the “Back In The Saddle” 1984 reunion tour. Plus, you’ll be pummelled with concert and record ads, vintage reviews, and photographs.

Aerosmith was inducted into the Rock And Roll Hall Of Fame in 2001 and boast a career that’s garnered 25 gold, 18 platinum, 12 multi-platinum and one diamond albums. April 13 has been declared “Aerosmith Day” in Massachusetts.