AC/DC bassist Cliff Williams recently confirmed that once the band’s current world tour is over, so is his time recording and touring. 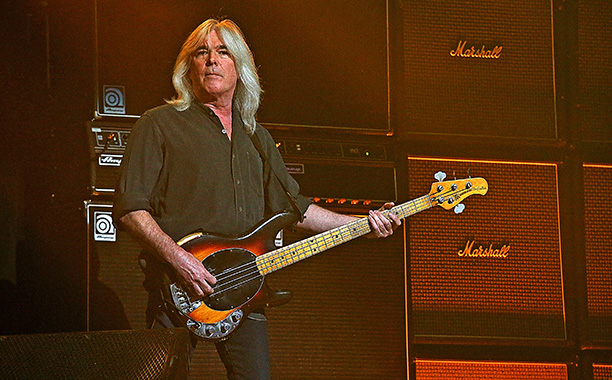 Fans who have followed the timeline of the band the last couple years have seen co-founding guitarist Malcolm Young diagnosed with dementia. He departed in 2014. In 2015, drummer Phil Rudd was sentenced to house arrest after he was found guilty on a drug charge and uttering death threats. And in early 2016, singer Brian Johnson was told by doctors to stop touring or risk complete hearing loss.

The 66-year-old Williams joined the band in mid-1977 and made his debut on AC/DC’s fifth album, 1978’s “Powerage”, appearing on every record and tour since.’

Guitarist Angus Young hasn’t said what their plans are once this tour cycle is completed… what we do know is their final show of the North American leg of the “Rock Or Bust” tour was on Tuesday, September 20 in Philadelphia, Pennsylvania.