AC/DC To Release New Album & Tour With Brian Johnson In 2020?

Well, this goes deeper than “if you believe everything you read on the internet”… according to Australian radio personality Eddie McGuire, AC/DC will release a new album and tour in 2020 with returning frontman Brian Johnson! 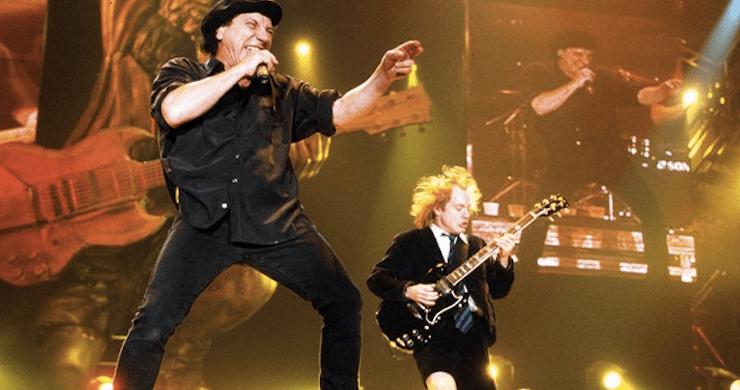 McGuire had this to say on his Triple M Melbourne show, “My mail is there will be a new album released by AC/DC [in] February/March this year, but also that AC/DC will be touring Australia October/November 2020. And after a lot of work and a lot of technical research, they have been able to get a hearing aid for Brian Johnson, who will be out front.”

Think we can safely say that beyond Johnson’s return to the band, we’ll see drummer Phil Rudd back too (the two were spotted together in Vancouver last year; they’ve recorded their albums here for the last two decades). You’ll remember Rudd left the band in 2015 after being convicted of drug possession and threatening to kill a former employee.

Let’s hope all of this is true. Love to hear a new album and possibly see a tour date before they’re too old and decide to hang up their collective hats.

Are you a bigger fan of AC/DC in the Bon Scott days or the Brian Johnson era?