After 35 years in silence, this past Friday (April 27) ABBA announced that they had reunited in a recording studio and have 2 new songs to unleash. One track, “I Still Have Faith in You” will premiere in December ’18 as part of a two-hour TV special produced by NBC and the BBC. 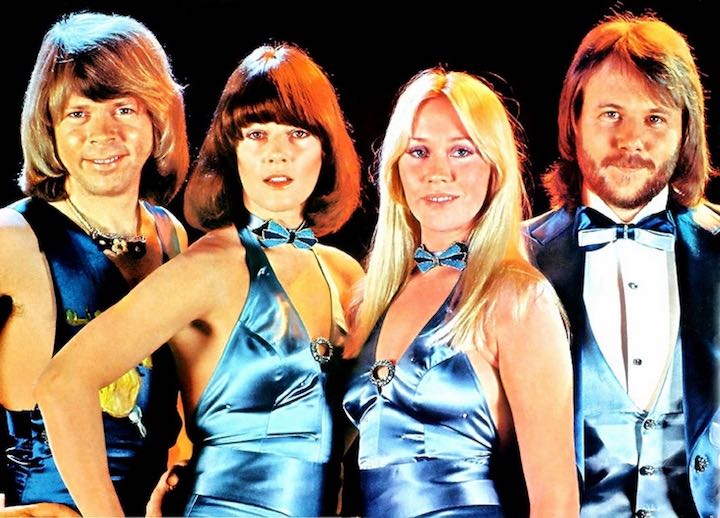 Back in October 2016, ABBA teamed up with American Idol creator Simon Fuller to create a stage show built around virtual reality – using technology to bring the band back to life.

At the time, Benny Andersson of the band said, “We’re inspired by the limitless possibilities of what the future holds and are loving being a part of creating something new and dramatic here – a time machine that captures the essence of who we were. And are.” 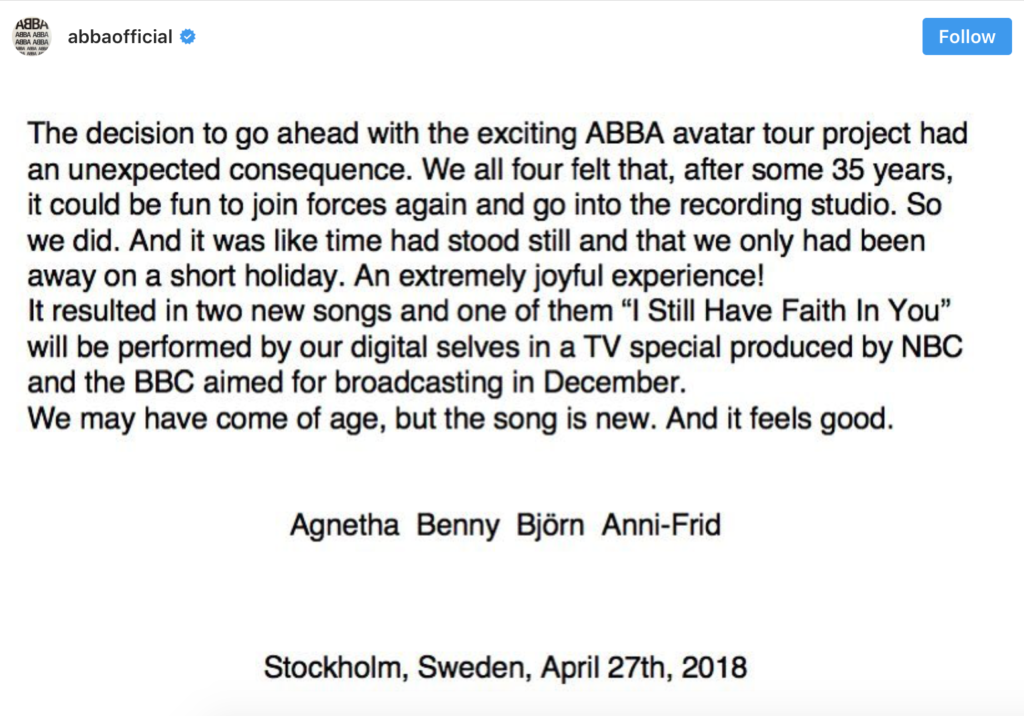 ABBA’s Björn Ulvaeus said that this special would “de-age” the group to show them as they looked in 1979, when they started their final tour together. ABBA broke up in 1982.

If they’re not going to outright tour – I guess this is a close 2nd? Better than a hologram…