Proving that good things come to those who wait, A Perfect Circle have announced their first string of North American shows in over 6 years. 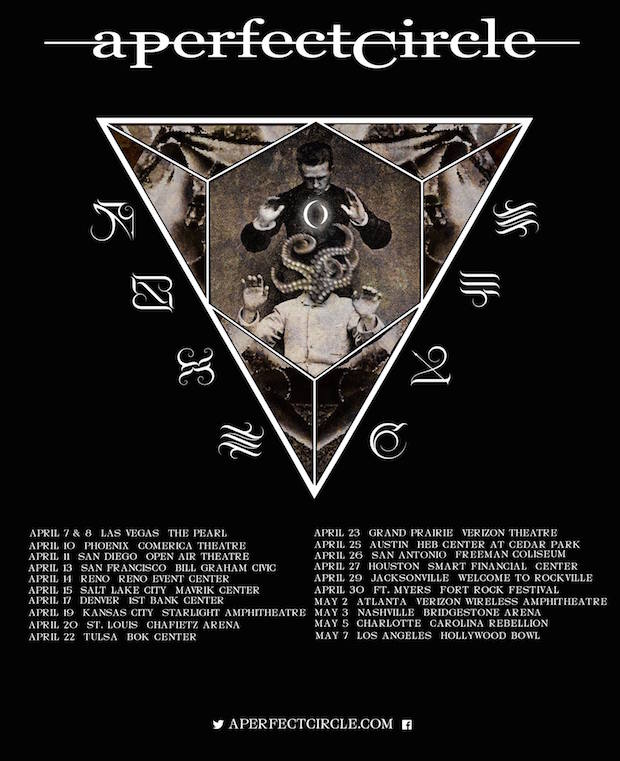 It’s the bands first big tour since the one in 2011, and the most we’ve heard from the band since 2013. APC guitarist Billy Howerdel also stated through a press release that the band is actively writing new material for the follow up to 2004’s eMOTIVe album.

The tour kicks off in Vegas, with two shows at The Pearl, and wraps up in Los Angeles on May 7th. The only Canadian date for now appears to be a stop in Grand Prairie on April 23rd.