Could it be true? Is Netflix adapting Motley Crue’s biography ‘The Dirt: Confessions of the World’s Most Notorious Rock Band’ into a feature-length film? 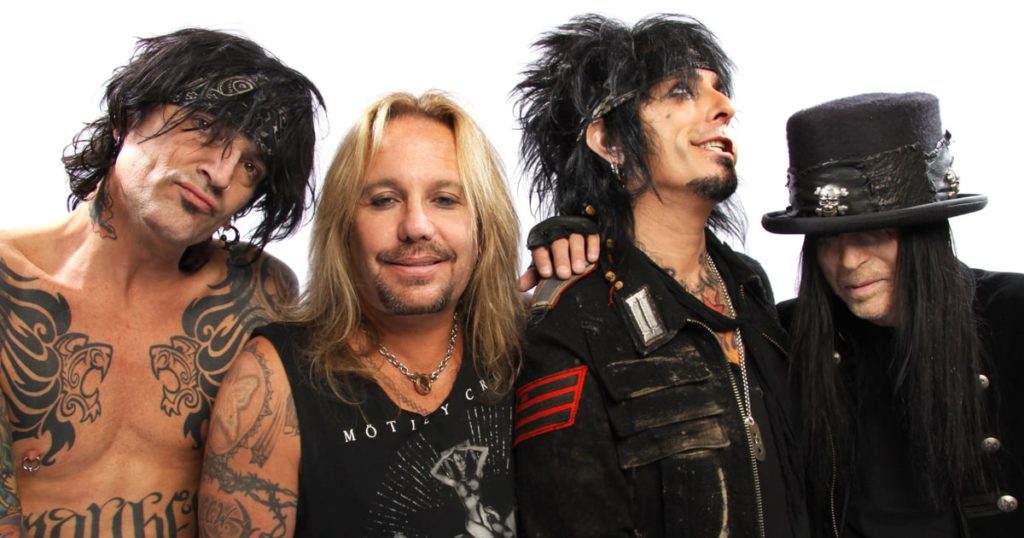 If you’ve read the 2002 book, you know it’s basically first hand accounts from each band member. The partying. The girls. The drugs. The affairs. Motley Crue formed in 1981 and has sold over 100 million albums worldwide.

They’ve been saying this movie is on the way since 2003.

Deadline is now reporting that Motley has entered into talks with Netflix to produce the film. It is said to be directed by Jackass director and producer Jeff Tremaine, with Tom Kapinos and Rick Wilkes set to co-write the script.

Last year, Blabbermouth asked singer Vince Neil how it struck him that he would be seeing an actor playing him on screen: “That’s gonna be strange. It’s funny, I saw the table read of the last script. They have these different actors playing each person, and even just the table read of the script was weird when the Vince guy was talking. [Laughs] It wasn’t the guy that’s gonna play me, but it was just kind of weird hearing somebody say your words. It’s a bit of a trip.”