This isn’t anything new, but it’s bound to get people’s attention. If you haven’t heard, DC Comics’ Robin is now bisexual and Marvel announced that Captain America is going to be a gay character. And now, Superman is coming out as bisexual in an upcoming issue.

Just like his father before him, Jon Kent has fallen for a reporter 💙 Learn more about the story to come in SUPERMAN: SON OF KAL-EL #5: https://t.co/bUQAsos68o #DCPride pic.twitter.com/wfQPc3CEVD

Jonathan Kent is the new Superman (he’s the son of original Superman Clark Kent and Lois Lane) and will have a same-sex relationship with love interest Jay Nakamura in a forthcoming issue.

You’ll read the storyline’s debut in Superman: Son Of Kal-El #5, out November 9. 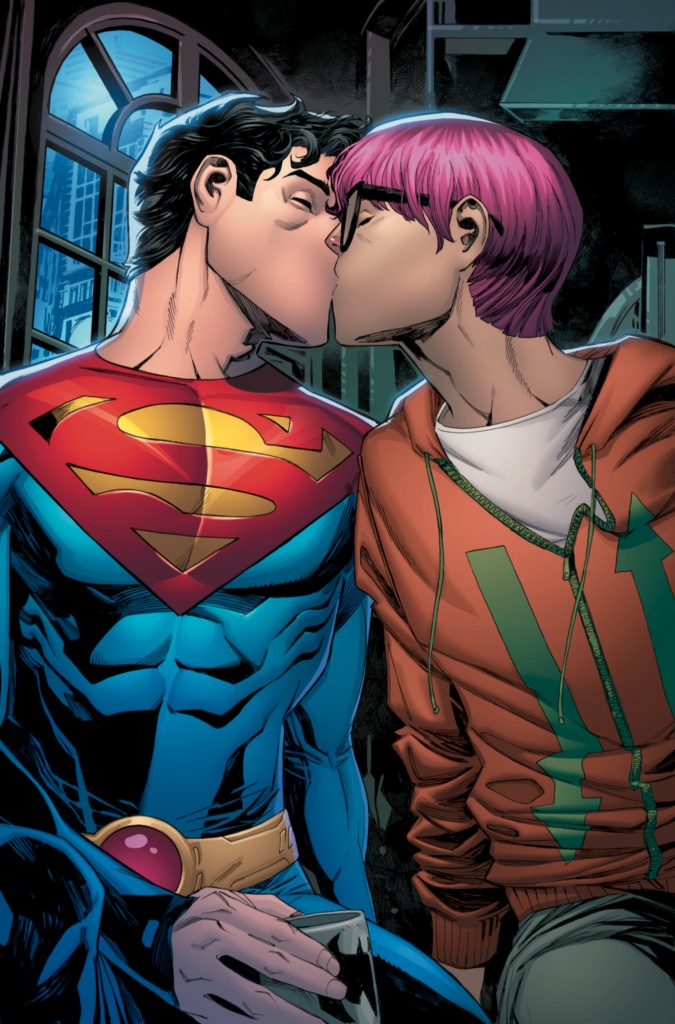 DC publisher and CCO Jim Lee said, “We couldn’t be prouder to tell this important story from Tom Taylor and John Timms. We talk a lot about the power of the DC Multiverse in our storytelling and this is another incredible example.”

I know purists will have a field day with this one – what do you think of DC making Superman bisexual?