If you’re a fan of Blue October and haven’t heard our 29 minute conversation with singer Justin Furstenfeld, now is your chance!

We talked about his band’s documentary “Get Back Up”. It was filmed over the course of a decade – with footage from hundreds of shows – rise to the top of the charts – to mental issues and thoughts of suicide.

We also talked about aliens and UFOs, being bi-polar, binging Ozark, the genius of Peter Gabriel. Seeing The Beach Boys and Cowboy Junkies live… the amazing George Michael and Michael Jackson. Thoughts on Joaquin Phoenix’s The Joker movie. He shared thoughts on legalized marijuana, we talked about Metallica “Some Kind of Monster” documentary, Stevie Wonder & Johnny Cash came up… as did Crips Bloods, creativity & more! 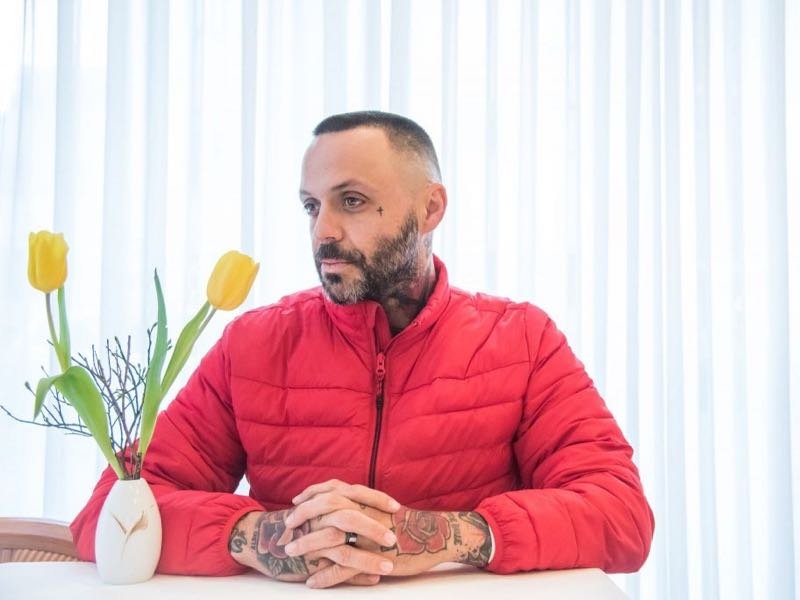 Prior to COVID-19 stopping the world, Justin and his band Blue October were touring the world supporting their 9th album “I Hope You’re Happy” (which debuted at No. 7 on Billboard’s album chart).

Enjoy the Youtube video. Tag a friend who should see it!